‘We’re better off after switching from renting to buying at Ingress Park’, young couple reveal

About us > Press room > ‘We’re better off after switching from renting to buying at Ingress Park’, young couple reveal 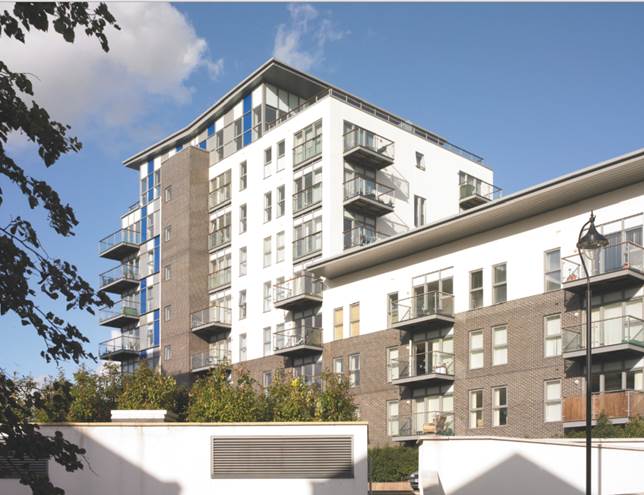 A young Kent couple say they can finally start planning positively for their future after escaping the dreaded ‘rent trap’ with the purchase of their first property together.

Husband and wife Wojciech and Keiko Piotrowski spent a year privately renting at Crest Nicholson Eastern’s Ingress Park site before recently acquiring a one-bedroom apartment at the development through the government’s Help To Buy scheme.

Now they’re feeling a lot happier – and better off – as a result of switching from throwing money away renting to buying their own home.

Wojciech, 30, said: “Paying our own mortgage definitely feels better than paying the landlord's mortgage – and we’re spending less on our repayments than we were renting so we’re better off. Renting was always going to be an endless lifework which guaranteed nothing and made it difficult to plan ahead.

“But knowing we now have a mortgage allows us to plan our future positively and realistically for the first time. It’s a real investment and an asset.”

Wojciech and Keiko’s experience echoes a recent study* which found owning a home can save an average of £124 a month (£1,448 a year) – or £188 a month in London. The study showed a huge turnaround from just six years ago, with renting generating savings of £226 a month.

Wojciech and Keiko had been renting in and around London for the past nine years before discovering the multi award-winning development, The Pier, at Ingress Park.

They took advantage of the Help To Buy scheme, which is enabling thousands of first-time buyers’ to own their first home and, in some cases, allowing budgets to stretch much further, upsizing and up-scaling the types of properties they can afford. As well as saving buyers money by letting them jump up the ladder, the scheme also means no need to spend years saving up a hefty deposit.

Award-winning house builder Crest Nicholson is one of the developers who have embraced this initiative, which makes it possible to buy a new or existing home worth up to £600,000 with just a five per cent deposit.

Keiko said the couple picked the Greenhithe area to buy after stumbling across the site during a shopping trip.

She explained: “We discovered Ingress Park on a day out shopping at Bluewater and found lots of things we liked about it. We felt it was a fantastic area with a very good neighbourhood and environment, great commuting connections and a very safe feel, with lots of families, children and even pets!”

But it’s not the just the luxury apartments and their stunning interiors that contribute to Ingress Park’s unique identity. With the historic and imposing Ingress Abbey as the centrepiece of the development, it offers a reminder of the location’s extensive past. Originally built in 1833, Ingress Abbey has been restored to its former Gothic grandeur, and reinforces the exclusive nature of the development as a whole.