All our new homes in Witney are designed with energy and water efficiency in mind, with efficient appliances as standard, high efficiency heating systems and good levels of insulation providing a modern, attractive home that can contribute towards living a healthy, sustainable lifestyle.

Discover your new home in any of our available new build developments in Witney below.

Perfectly situated on the edge of the Cotswolds, Colwell Green in Witney features a stylish collection of 3, 4 &amp; 5 bedroom houses. Buy your new home in Witney, Oxfordshire! Discover available homes!

READY TO MOVE INTO HOMES AVAILABLE! 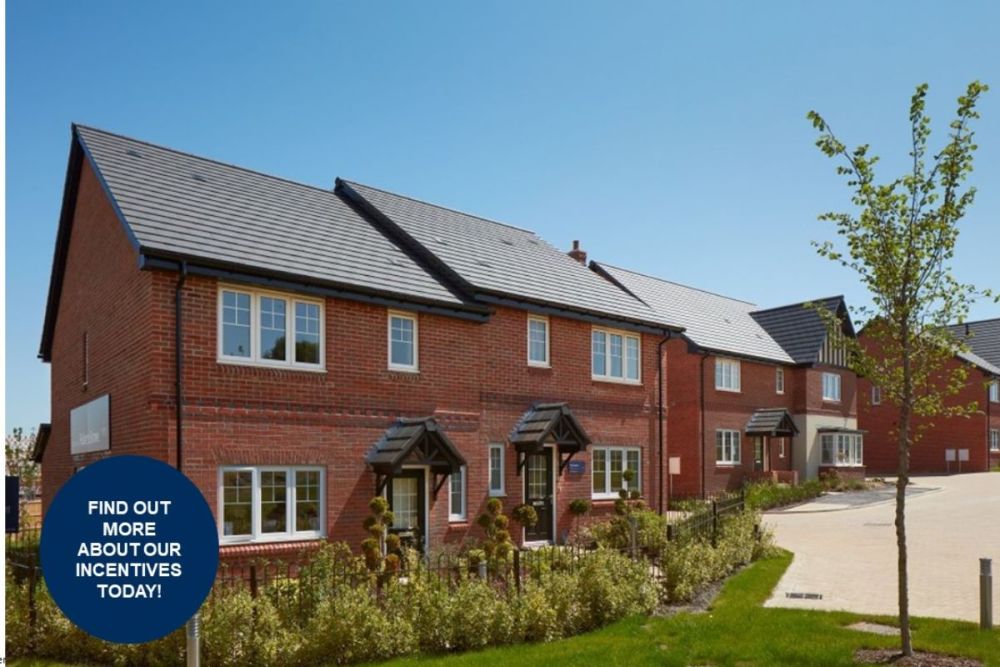 Surrounded by countryside yet just a mile from the bustling market town, Fuller&rsquo;s Grove in East Challow comprises a traditional collection of 3 &amp; 5 bedroom houses for sale in Wantage. Discover available homes!

New Houses For Sale in Witney

Set in amongst beautiful countryside, the town of Witney is on the edge of the Cotswolds. Witney is best known for being the home of the blanket, with blankets being produced in the town for over 300 years. Though the blanket mills are closed now, the cosy feeling of the town remains, along with several historical buildings such as the Buttercross and the Blanket Hall, making it a very welcoming place to settle in. Many families look for houses for sale in Witney when looking for a charming town to call home.

As the largest market town in the Oxfordshire Cotswolds, Witney has a lot to offer. With a good range of shops from big chains to independents, as well as a bustling market twice a week. There’s also a fantastic selection of pubs, restaurants, and cafes to try.

If you want to get out and explore, there are a number of green spaces, including the Leys, which features a play area and adventure golf. And Cogges to the east of Witney, which has a historic farm that may look a little familiar if you’re a fan of Downton Abbey, as it was the film location for Yew Tree Farm.

These new homes in Witney are never far from a festival, with many taking place across the year. Each spring sees a beer festival, as well as the Witney Food Festival. For a fortnight across May and June each year, the town is home to the Witney Music Festival, which concludes with a huge music event featuring big-name acts at the Leys.

There are several primary schools across the town and within easy reach of our new houses in Witney including Witney Community Primary and Madley Brook, which are both ranked as ‘Good’ by Ofsted, and The Batt CofE Primary which is ranked as ‘Outstanding’. There are three main high schools in the town - Henry Box School, Springfield School, and Wood Green School which have all received favourable rankings.

Generally the town is well connected, being just north of the A40, and with the A34 and M40 all close by too. On a good run, Oxford is only 30 minutes away, and Cheltenham is only 50 minutes.

If you’re looking to make the move to the Oxfordshire Cotswolds, and are searching for new houses for sale in Witney, you can find all of our latest developments listed above.