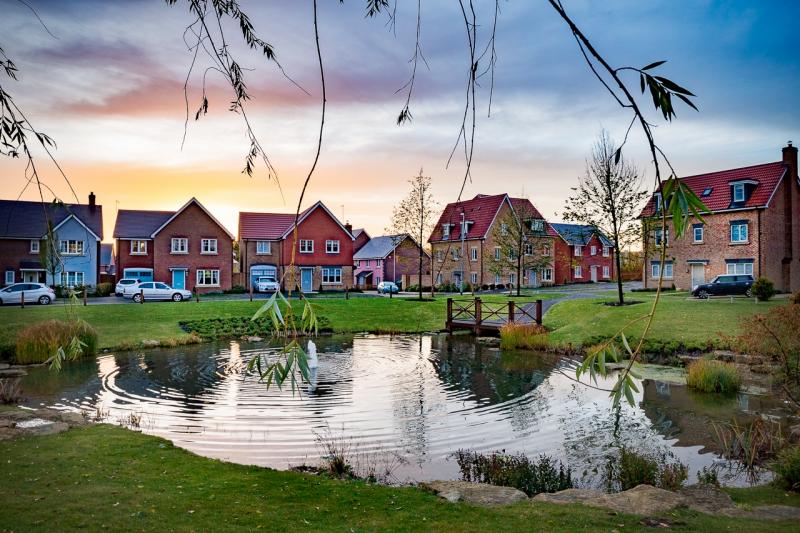 The community at Crest Nicholson’s Monksmoor Park development in Daventry continues to flourish, with the announcement that 75% of the current phases of homes at the development have now been completed. The milestone follows the recent unveiling of Monksmoor Park’s newest phase, The Rowans, which includes a contemporary range of one and two-bedroom apartments and two, three and four-bedroom houses.

With more than 50 new homes expected to be delivered over the next 5 months and more than 560 households already calling the vibrant new community home, Crest Nicholson and managing agents Preim, have created a mobile app designed to help residents stay up to date with the latest development news.

The app features a messaging system that allows residents to communicate with each other, as well as directly with Preim and other useful community contacts. In addition, the app includes construction updates, school and community news announcements. As more people begin to move into the development and community infrastructure is delivered, the app will also be used to book spaces in the brand-new community centre for events such as yoga or baby groups.

The app is part of the award-winning developer’s wider commitment to the Smart City Concept – a digitally minded version of the Garden Village that aims to create technology that can better serve the community. As part of Crest Nicholson’s commitment to creating sustainable communities, the app will eventually be managed by the Monksmoor Park Community Interest Company, alongside the other community assets at the development.

David Hnyda, Sales & Marketing Director at Crest Nicholson Chiltern, commented: “Monksmoor Park embodies the spirit of Crest Nicholson’s Garden Village Principles which emphasise sustainability and a sense of ownership amongst residents. As we reach the 75% completion milestone of our current phases it is important that we are furthering civic pride and facilitating connection between current and new residents at the community. The app is just one way that we are hoping to help foster the community spirit at Monksmoor Park.”

Andrew New, Director at Preim, added: “Creating a space where all members of the community could communicate easily was an ambition that we shared with Crest Nicholson from the start. In addition to being able to connect with the managing agent team quickly to resolve issues, we hope the app eventually helps residents manage various aspects of community life here at Monksmoor Park – particularly as more people move to the development. In the future we hope it will develop even further and may even provide a source of revenue to fund community projects, with local businesses using it for advertising.”

Expected for completion in 2022, Monksmoor Park will comprise a selection of 1,000 carefully designed homes, Monksmoor Park CE Primary School, a brand-new community building, health facilities, retail and office space, as well as an extensive network of cycle paths. In addition, the community will include 25 acres of open space, including an extension to the Daventry Reservoir Country Park and a link to the Grand Union Canal.

The centre of Daventry is only two miles away from the development, offering a Waitrose and Tesco, as well as a proposed new cinema and public library. The development is well-connected, with the M1 just a 15-minute drive away, offering access to Coventry and Northampton in under half an hour by car. The nearest rail station, Long Buckby, is situated less than five miles away, where trains reaching Northampton in 12 minutes. The station also links to London Euston in 78 minutes and Birmingham New Street in under an hour.

The development offers a range of properties from one and two-bedroom apartments and two, three and four-bedroom houses. Prices for a one bedroom apartment at the newest phase, The Rowans, start from £142,950 and two bedroom apartments from £171,950. Three bedroom houses start from £289,950 and four-bedroom homes start from £484,950. Selected properties are available through Part Exchange and the Help to Buy Scheme.  For more information, please call 01327 368722 or visit www.crestnicholson.com/threrowans. For information on all current phases visit www.crestnicholson.com/monksmoorpark.