London commuters are better off living at Woodside 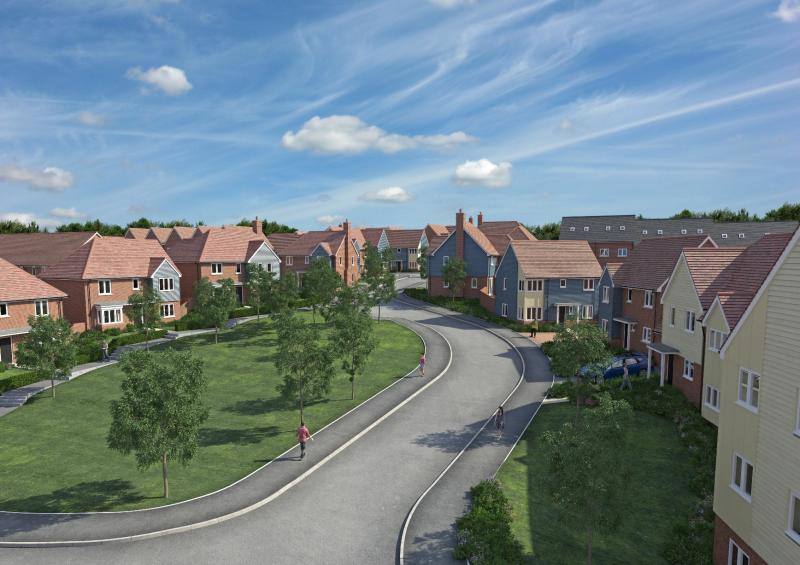 City workers willing to live just a 43 minute train ride outside of London at Crest Nicholson South’s luxury new Woodside development in Haywards Heath can save almost £100,000 on the cost of an average house in the capital, according to the latest property sales figures*.

In recent months, this growing gap in price has seen an increase in the number of buyers moving from the city to commuter towns into new build communities, such as Crest Nicholson South’s Woodside development - a beautiful collection of new homes located near open green spaces and woodland in West Sussex.

Christine Tiernan, Sales and Marketing Director, Crest Nicholson South, said: “Even with the increase in travel costs, for most people moving out of London enables then to live a much more affordable and enjoyable lifestyle in a much bigger property than they could afford in London.

“London property prices have been rising at an incredible rate and show no signs of letting up, with latest figures showing the cost of a property soared by 18 per cent last year. That’s why we’re seeing more and more people looking to commuter towns.

“Another issue for parents in central London is schooling, with fierce competition for places. Woodside has seen a huge influx of families from London keen for their children to be educated locally. The development is within the catchment area for some excellent local schools, including St Wilfrid’s C of E Primary School and Harlands Primary School. Warden Park Secondary School and Haywards Heath College are also close by.”

Woodside is proving hugely popular due to the fact commuters can jump on a train at Haywards Heath station and be at London Bridge in just 43 minutes and Victoria in 45 minutes.

Woodside comprises two, three and four-bedroom homes, located in a flourishing new community in a sought after area of Haywards Heath; an area perfect for an active lifestyle, with a number of beautiful parks and bright open green spaces.

These new homes in Haywards Heath are also close to the High Weald, Ashdown Forest and the South Downs, as well as just a short drive from the Sussex countryside and the picturesque villages of Balcombe and Lindfield.

And there’s plenty to keep residents entertained, with a range of restaurants offering cuisine from across the globe, as well as a host of public houses, more modern bars and a large Cineworld. Plus, the neighbouring towns of Crawley and Burgess Hill both have nightclubs too.

Two properties are currently available at Woodside: the three-bedroom ‘Northland’ terraced home and the four-bedroom detached ‘Highpark’ home – both priced at £429,950. For more information or to book an appointment with Crest Nicholson’s sales team, please call 01444 221130 or visit www.crestnicholson.com/woodside

* Figures for 2014 according to RightMove