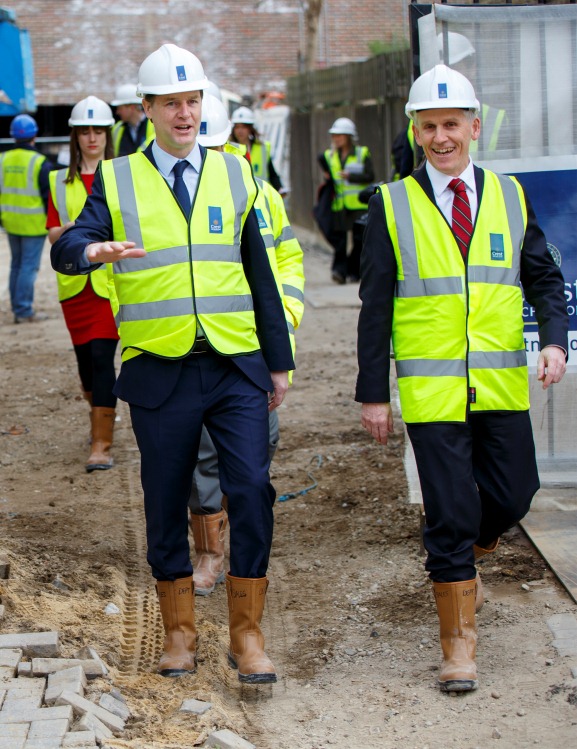 Deputy Prime Minister Nick Clegg visited Crest Nicholson’s development The Broadway, Tooting, to launch Rent to Own – a measure to support first-time buyers by allowing them to build up a share in their home through renting.

Julia Reynolds, Sales and Marketing Director, Crest Nicholson London, commented: “A scheme which will help unlock homeownership for those previously excluded from it is a good thing for first-time buyers and, on top of this, a positive move for the UK property industry.   As housebuilders, it is also important that we support such schemes for the industry jobs which they create and for the positive impact they provide in the local communities in which we operate.”

When complete, The Broadway will comprise 83 one and two-bedroom apartments and 22,738 sq ft of retail floor space in a prime London location.