About us > Press room > Crest Nicholson Midlands division: 12 months on 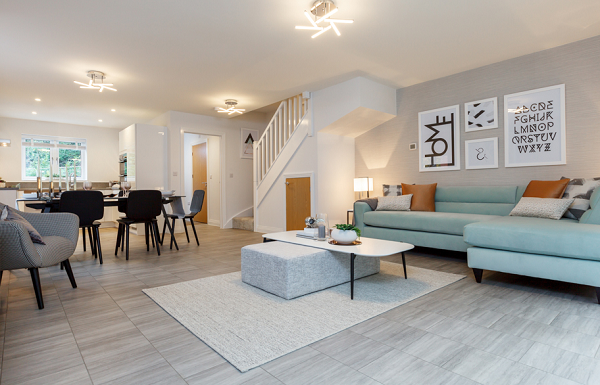 Award-winning developer Crest Nicholson launched its new Midlands division in November 2017, operating from its Head Office in Tamworth. Working across Birmingham and the Midlands, extending into Herefordshire, Worcestershire, Warwickshire, Northamptonshire, Nottinghamshire and South Staffordshire, this new division was introduced to support the developer’s ongoing growth strategy.

In 2019, the division is set to launch nine new developments across the region, delivering around 270 high-quality homes to the area. Since its launch, the regional division has acquired 12 new sites, and now has seven operating outlets, in Bournville, Rugby, Banbury, Solihull, Hereford, Coleshill and Shipston-on-Stour. There are also more outlets planned for the new year, in Ashby de la Zouch, Ludlow and Westwood Heath.

Tom Heathcote, Development Director at Crest Nicholson Midlands, said: “We’re offering a diverse mix of portfolio, with everything from one-bedroom apartments in city centres such as Birmingham, to five-bedroom houses in suburban and rural areas. The majority of our product will be available to purchase on the Help to Buy scheme, as we recognise the importance of supporting buyers both young and old looking to get onto the property ladder.

“We’re choosing to develop in areas where we feel the market is particularly buoyant, and where we see future growth following wider investment in the local area. As a region, the Midlands is proving hugely popular and we’ve had a strong sales rate across our live developments over the past 12 months. Recent figures released last month by PropertyData* revealed that house price growth in the Midlands is outstripping every other location in the UK, demonstrating the increasing demand for homes in this region.

“There are multiple areas of investment in infrastructure, both current and planned, most notably with the development of the HS2 trainline, which will make the region even more accessible. We’re also seeing huge investment by large scale companies within the Midlands region, and the rise of remote working means that people are no longer tied to London and its suburbs. The region is also home to a growing number of popular amenities, particularly in the Midlands’ biggest city, Birmingham, which is home to four Michelin-star restaurants, and will play host to the 2022 Commonwealth Games.

“The introduction of the Midlands division demonstrates our commitment to future development in the region, and we’re confident in the future growth it will offer. As we look ahead to 2019, we look forward to bringing more high-quality, sustainable developments across the Midlands, and building on the success of our inaugural year.”