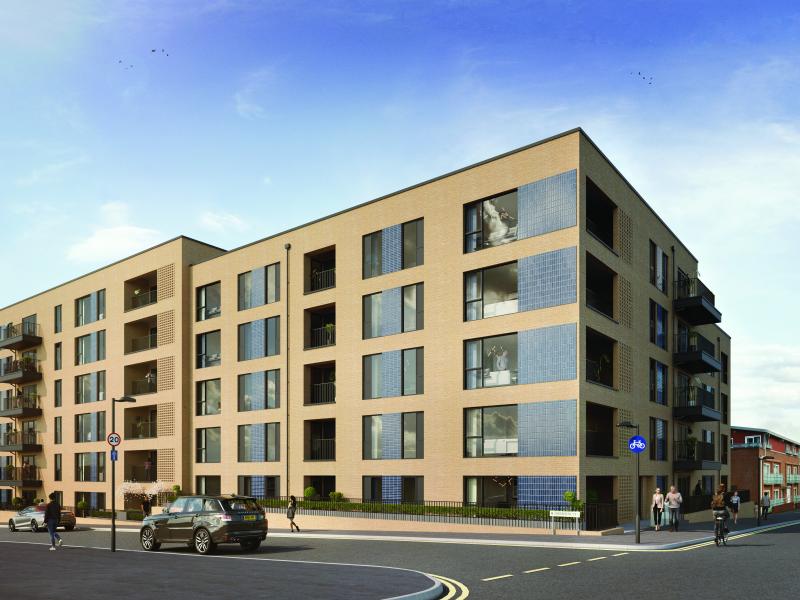 Award-winning developer Crest Nicholson has announced the release of the first phase at its new Birmingham city centre development, Ultima at Sherborne Wharf. Located on one of Birmingham’s famous canals, the development is a collection of 233 one, two and three bedroom apartments that offer waterside living in one of the country’s most thriving cities.

Ultima at Sherborne Wharf makes the most of city life, with everything from Michelin-starred restaurants and boutique shops, to big names like Selfridges, Harvey Nichols and the world-famous Bullring shopping centre nearby. Residents can also immerse themselves in the city’s diverse cultural history, with Birmingham home to the Peaky Blinders, Black Sabbath, the UK’s jewellery industry and Cadbury’s chocolate.

The apartments at Ultima at Sherborne Wharf are to be finished to the highest standard, with comfort, appearance and energy efficiency at the forefront of the design process. All of the apartments feature open plan kitchen/living rooms whilst many offer en-suite bathrooms, outside space ranging from private terraces to balconies, and secure underground car parking.

Amanda Benjamin, Sales and Marketing Director at Crest Nicholson Midlands, said: “Ultima at Sherborne Wharf offers an opportunity for everyone from young professionals to downsizers to live in Birmingham, one of the most exciting cities in the UK. With lots of large international companies, such as HSBC, investing in the city, Birmingham is set to become an even more popular choice for those looking to leave London. All homes will be available with the government-backed Help to Buy scheme, which makes it easier to get on the property ladder.”

The immediate location is currently benefitting from significant investment and enhanced development activity making this a hugely exciting and attractive opportunity for owner occupiers and investors.

The city of Birmingham has undergone a transformation in recent years, benefiting from public and private investment. Birmingham will be showcased to the world during the 2022 Commonwealth Games, while the HS2 train line, scheduled to launch in 2026, will connect the city to London in 49 minutes. The existing transport infrastructure already means Birmingham can make the most of its central position in the country, with three major train stations taking residents to cities including Manchester, London and Oxford every day.

Families are well catered for at Ultima; the development is within a mile of St Thomas CofE Primary Academy and Central Academy, a secondary school, both rated ‘outstanding’ by Ofsted. Birmingham has more schools rated ‘outstanding’ than any other regional city, while there are five universities for those who wish to continue their education.

Pre-sale home prices at Ultima at Sherborne Wharf start from £214,950 for a one bedroom apartment and from £279,950 for a two bedroom apartment. Apartments can be reserved from just £1,000 or £500 with Help to Buy. For more information on the development please visit https://www.crestnicholson.com/developments/ultima-at-sherborne-wharf/ or call our Sales Advisor on 0121 435 0690.