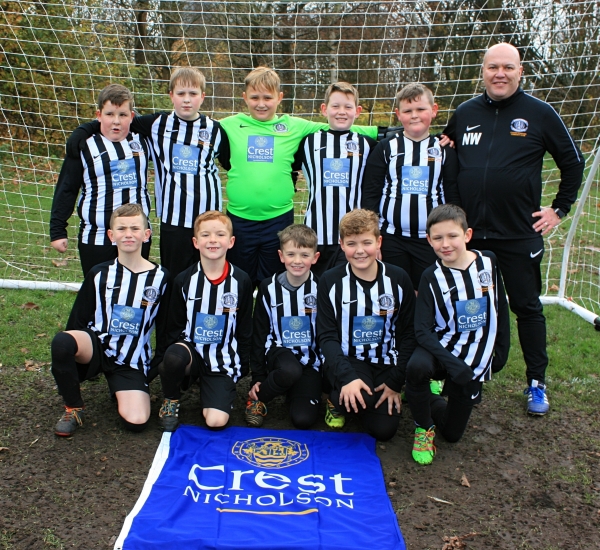 Award-winning developer Crest Nicholson has continued its ongoing support for the Midlands by announcing its sponsorship of local U11 football team, the Wyrley Bulldogs.

Crest Nicholson has donated brand-new kit for all 11 players in the team, comprising shirts, shorts and socks. The team was recently formed to play in the 2018/19 nine-a-side Walsall Youth League, playing fixtures across the West Midlands.

Wyrley Bulldogs are one of the 70 teams that make up Wyrley Juniors Football Club, which was founded in 1982 and now has 70 teams, including a blind team and a deaf team. The club is also sister club to Birmingham City Ladies, who play in the Women’s Super League.

In July 2017 the club won the FA Community Club of the Year for Staffordshire for the seventh time in fourteen years.

Coach of the Wyrley Bulldogs, Neil Williams, said: “I would like to thank Crest Nicholson for their generous support in purchasing and sponsoring a new playing strip for Wyrley Bulldogs, the team love their new kit and as you can see it looks great.”

Amanda Benjamin, Sales and Marketing Director at Crest Nicholson Midlands, said: “We are pleased to support the community and grassroots initiatives like local sport in the Midlands.

“It’s great to see the children getting involved in team sport, and we hope their new kit will contribute towards their success this season.”