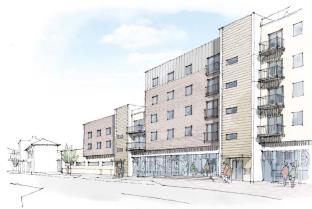 A brand new YMCA Nursery will be opening this September at Crest Nicholson’s Centenary Quay riverside development in Woolston, Southampton. Children from four months to five years old will be eligible to attend and the nursery will also employ 25 full time staff. The facilities will include a full day care nursery and a large outdoor garden space.

The YMCA Nursery is another step in the Centenary Quay development project, which is seeing the delivery of 1,620 new homes in Woolston. Local families will benefit from the facility, which will provide the surrounding community with new employment opportunities.

Susan Young, Sales and Marketing Director of Crest Nicholson Regeneration, said: “The new YMCA Nursery will be a wonderful milestone in the story of Centenary Quay. The opening, which arrives alongside new family homes and a new library, reflects the continuing dedication of all our partners; the HCA, Southampton City Council, Local Registered Housing Providers Radian & Spectrum and ourselves, Crest Nicholson.”

Peter Cooper, YMCA’s Children’s Work Director said: “We are thrilled to be able to expand our childcare services to this part of Southampton and take part in the regeneration of Woolston. We look forward to opening our doors and welcoming local families currently living in Woolston and those arriving at Centenary Quay in the future.”

Centenary Quay will launch its third phase of the development later this month, which will encompass a collection of one, two and three bedroom apartments as well as a supermarket and restaurants. Together with the nursery and library, this exciting phase is set to bring welcomed support to the local economy and regeneration of the Woolston area.