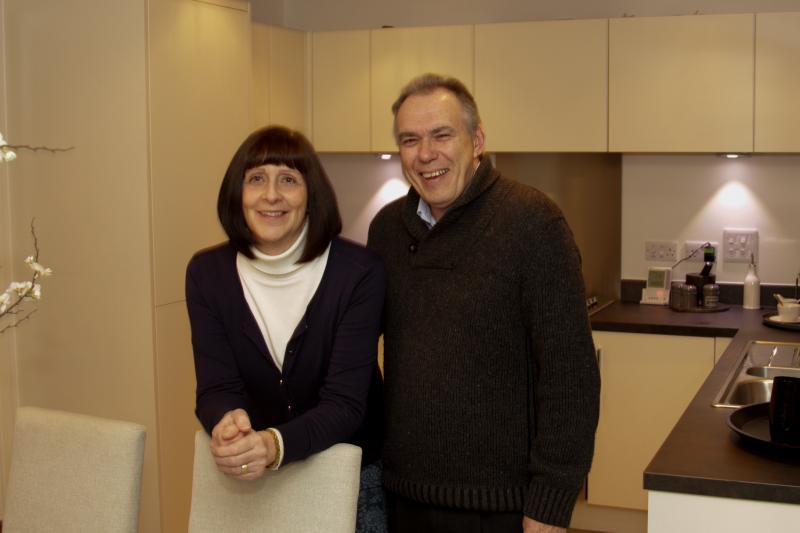 A husband and wife property investor couple were so impressed by the rental potential at Crest Nicholson Eastern’s Cedars Park development, in Stowmarket, that they purchased three properties there within the space of just twelve months.

John and Sharon Phillips, from Norfolk, already own other rental properties around the country and were looking to expand their portfolio.

After searching for sites in commuter towns, the couple discovered Crest Nicholson’s Cedars Park development and were attracted by the excellent transport connections on offer.

Sharon explained: “The commuter link was so important for us. London prices are very high compared to Stowmarket so it made much more sense. The station is literally a 10 minute walk away with fast trains to London and Norwich."

“We also loved the finish of the homes and the layouts and were confident they would be popular. Luckily, we were proved right as all of our properties were rented out as soon as we put them on the market, such was the demand. They’re all being used by professional couples who commute either locally or into the capital.”

When Sharon and John decided to invest in Suffolk their first purchase was a three-bedroom Stock property at The Laurels. Impressed by the design, quality and sales service, they hoped to buy a second home at the site but there was nothing available due to the high demand for the site. They added their names to a waiting list and sat tight.

With no sign of a plot becoming available, the following year they decided to turn to the private market to purchase a second Cedars address which had come up for sale. Then two months later a call came from Crest to say another three-bedroom new build had become available at The Laurels after all…so they bought that too.

Sharon – who now works from home as self-employed bookkeeper – said: “We thought there’s no point having the money sitting in the bank; we might as well invest it in property.”

The Laurels is the latest phase of the Cedars Park development, which began fifteen years ago. The new homes sit within an established village-style community which has its own school, community centre, as well as ample open space, footpaths and places to play.

And Sharon isn’t ruling out snapping up yet more sites at Cedars Park in the future. She added: “If we had the money we would definitely buy another one. And who knows, one day we could soon be travelling back to see what’s available!”

Prices for current availability at The Laurels start from £189,500 for a three-bedroom house and from £250,000 for a four-bedroom house. For more information please call 0870 750 8401 or visit www.crestnicholson.com/cedarspark.
Back
Our Business
Careers
Press Room
Sustainability
Charitable Giving
Community Engagement
We use cookies
This website utilises cookies in order to provide analysis of our visitor data, to improve our website, show personalised content and to give you the best experience. For more information, click here.
Accept