It's all happening at Crest Nicholson's Centenary Quay 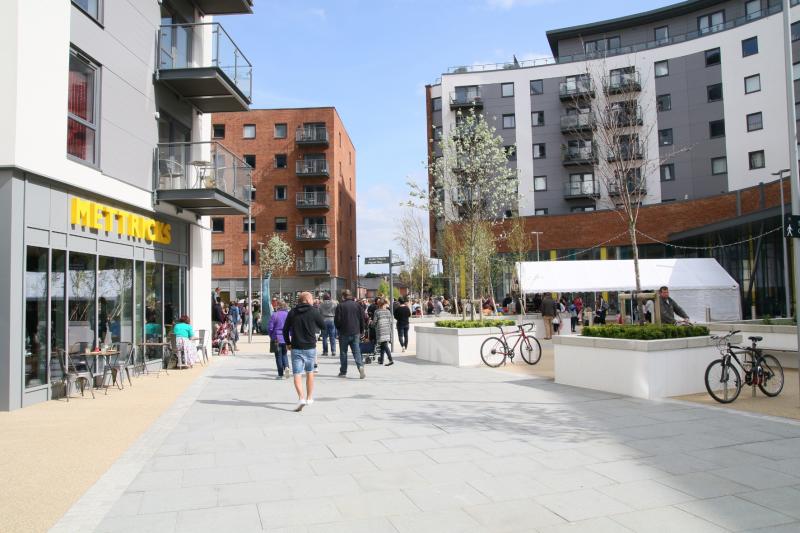 Popular coffee shop Mettricks has launched on-site; the latest chapter in its 4-year history. The Southampton business started life at the bottom of the High Street in the medieval Old Town, and will now be serving Centenary Quay residents.

‘Mettrick’s Waterside’ launched on the weekend of the 13th April amidst an Easter-themed programme of events that featured live music, an Easter egg hunt, kids face painting, and a barbecue.

Now coffee-lovers will be able to enjoy coffee produced by coffee roasters Union Hand-Roasted, who source the highest grades of coffees available. This is served by expert Baristas, who are passionate about their craft and bringing better coffee to Southampton!

The latest addition to the family, Mettrick’s Waterside means there’s even more incentive to pop into Centenary Quay and see why it’s proving so popular!

Meanwhile, sales advisors and prospective buyers are waking up, smelling the coffee, and appreciating Centenary Quay’s brand new Sales and Marketing suite. The suite is something of a Crest Nicholson first: it’s ‘brochure-less’, fully digital, and as innovative as the Centenary Quay homes themselves.

Interested buyers are now able to enjoy a virtual tour of the entire CQ site via a touch screen iPad, allowing customers to view potential properties on the suite’s large digital screen, really bringing the development to life and perfect for those looking for a closer look.

Centenary Quay forms an integral part of the River Itchen’s riverside rejuvenation, and includes the development of courtyards, gardens and public squares, leading to the river along with links to Woolston High Street and its shops.

The new apartments are available with the Government’s always-popular Help-to-Buy scheme, meaning it has never been easier to buy a slice of waterside living in Southampton.