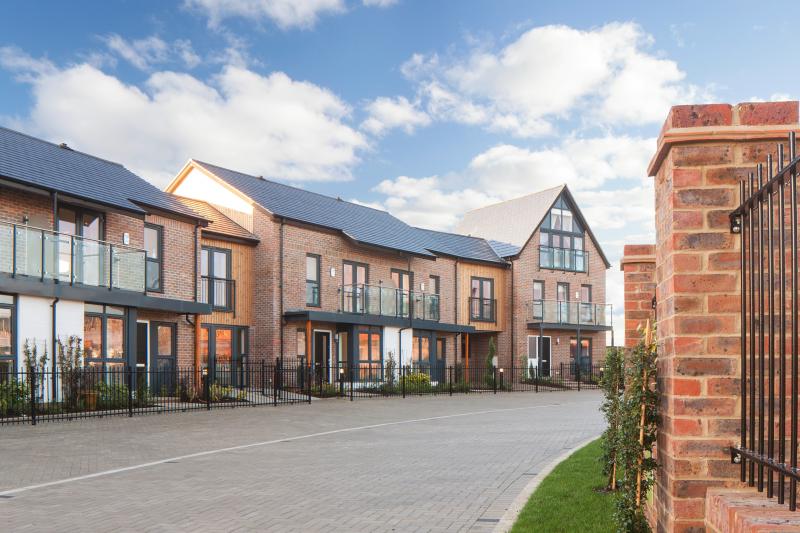 As lenders report significant uptake of the government’s Help to Buy initiative[1], market insight from leading house builder Crest Nicholson indicates that the scheme is as beneficial to first time buyers as it is to second steppers. Of the 30 buyers who completed on their new homes at Oakgrove Village development in Milton Keynes at the end of October, 100% were second time buyers – many of whom would previously have been trapped in their first home, lacking the necessary equity to trade up the property ladder.

With the average second stepper now confined to their starter home for 14 years after purchase, a recent study[2] has revealed that it is not just first time buyers who struggle to ascend the property ladder. Many aspiring second-time buyers bought their first home at the height of the property boom, but with the average deposit now hitting £64,000[3], they have since been trapped by an equity deficit, creating a bottleneck at the bottom of the ladder and stifling the wider market.

Crucially, whilst former schemes intended to stimulate the housing market focused exclusively on assisting first-time buyers, Help to Buy is available to second steppers too.

At Oakgrove Village in Milton Keynes, for example, four-bedroom houses, that boast extensive living accommodation and private gardens, are on the market from £297,960 with Help to Buy. With a full market value of £349,950 the scheme alleviates the difficulty of having to raise the extra 20 per cent, without jeopardising the ability to accrue equity.

Susan Young, Sales and Marketing Director at Crest Nicholson Regeneration, explains: “Whilst first-time buyers have taken full advantage of the government’s Help to Buy scheme, in certain parts of the country, very few second-time buyers are aware of how it can assist them too. There have been numerous reports outlining how people are putting their plans to start a family on hold because their homes are too small, but Help to Buy can help them to upsize into a property that is designed for either a growing or established family.