About us > Press room > Honouring History at Centenary Quay 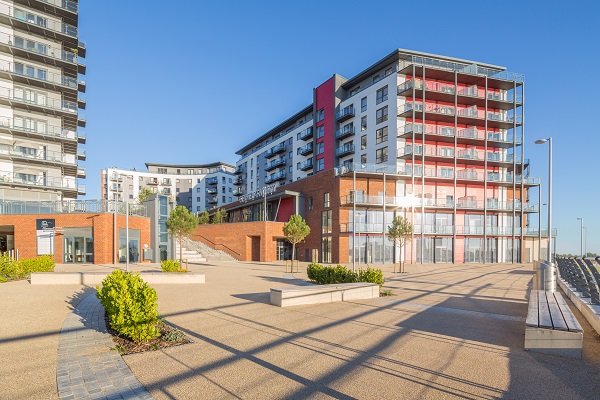 Award-winning housebuilder Crest Nicholson has helped regenerate the waterfront in Woolston with its Centenary Quay development and, amidst all that is new, there is a nod to the area’s historic past …

Supermarine, a recently opened restaurant on-site, is named in honour of ‘The Supermarine Factory’, where The Spitfire was produced during World War II.

It was in September 1940 that both the Woolston and Itchen Works were bombed. Despite the destruction of the Superamine Works, the urgency to keep making Spitfires remained. Such collective effort ensured that buildings were transformed into ‘shadow factories’, creating parts of the Spitfire in garages, bus depots, and indeed any suitable space, even a laundrette.

Now the memory of the Spitfire is being evoked by Supermarine which not only bares the factory’s name, but adopts a spitfire theme throughout with images of the famous planes decorating the restaurant walls.

Supermarine is one of several exciting new food and drink venues to open at Centenary Quay in the last two years, alongside Mettricks coffee shop and Vospers beer, cocktail and burger bar.

And now there is even greater incentive to reserve at Centenary Quay, with several promotions running in partnership with businesses based there.

Patrons of Mettricks, Vospers and Supermarine are being offered a fantastic deal if they choose to reserve a property at Centenary Quay. With the bill now comes a card entitling those who subsequently reserve at Centenary Quay to a free dinner for two at Supermarine or Vospers, plus a fresh flower arrangement from local florist, Blooms by Jo, once a month for six months.

For more information on Centenary Quay call the sales team direct on 02380 441746 or visit: crestnicholson.com/centenaryquay