Help to buy boosts sales at The Furlongs 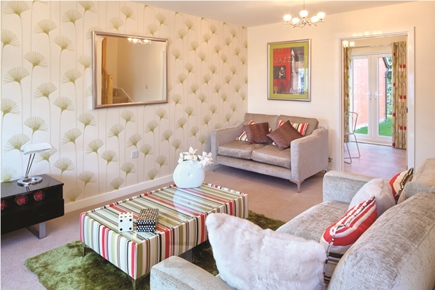 Crest Nicholson’s The Furlongs development in Hereford is proving so popular that the award-winning housebuilder has sold a staggering 45 homes in the past six months alone.  60% of sales have been through the Help to Buy initiative, proving that the scheme is really helping house-hunters in Hereford get moving.

Since its introduction in April of this year, Help to Buy has enabled first-time buyers’ budgets to stretch much further, with many being able to invest in a home for the future, rather than starting on the bottom rung of the property ladder. The initiative is also available for second steppers too, although this has been much less widely reported.

Laura Osborne, Senior Sales Manager for Crest Nicholson South West, explained: “Whilst the focus has very much been on first-time buyers since the introduction of the government’s Help to Buy scheme, it is apparent that second-time buyers are becoming more aware of how it can assist them too.

“There have been numerous reports outlining how people are putting their plans to start a family on hold because their homes are too small, but the Help to Buy scheme available at The Furlongs can help them to upsize into a property that is designed for either a growing or an established family.”

The Furlongs is located on Roman Road in Holmer, north Hereford, and offers an eclectic mix of two, three, four and five bedroom homes. Just a stone’s throw from the town’s famous race course and within easy access of central Hereford and the M5, the Furlongs is also perfectly situated for local schools and boasts its own play area.

Under the Help to Buy scheme, prices at The Furlongs currently start from £114,360 for a two bedroom Repton coach house and £164,760 for a three bedroom Harvington house.