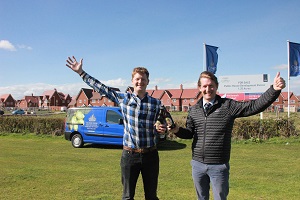 The 175-year-old brewery will build its first new-build pub in fifteen years at the new development, after securing land from Crest Nicholson.

Arkell’s has appointed Clark & Maslin architects to design the new pub, with plans due to be submitted to Swindon Council later this year. The brewery hopes to commence building on site in early 2019, with a view to open the pub at the end of next year.

The pub will benefit the new community at Tadpole Garden Village, which upon completion will comprise 1,855 homes and a wide range of amenities, including a 99-acre country park, a new secondary school and shops.

Andrew Dobson, Managing Director of Crest Nicholson’s Strategic Projects division, commented: “The new pub by Arkell’s will be a wonderful addition to our thriving new community at Tadpole Garden Village. It’s great to be supporting a local business, especially one with such a strong heritage and links with the local area. We are looking forward to working with Arkell’s as the project develops and as we continue to deliver new amenities to the residents at Tadpole Garden Village.”

George Arkell, Brewery Director at Arkell’s, commented: “We are thrilled to have the opportunity to build a pub for the community. We’ve been rooted in Swindon for 175 years, and it’s great to be able to make this announcement in our special anniversary year. Tadpole Garden Village is an enormous project and our new pub will not only offer residents a place to socialise, but provide the community with a vital hub for local activities.

“We are really looking forward to starting work on the pub’s design and will be putting our years of experience and knowledge of Swindon to work. More than 15 years ago we began work on The Tawny Owl at Taw Hill, Swindon. It opened in 2003 and is one of our most successful Swindon pubs which is now at the centre of a thriving community.”