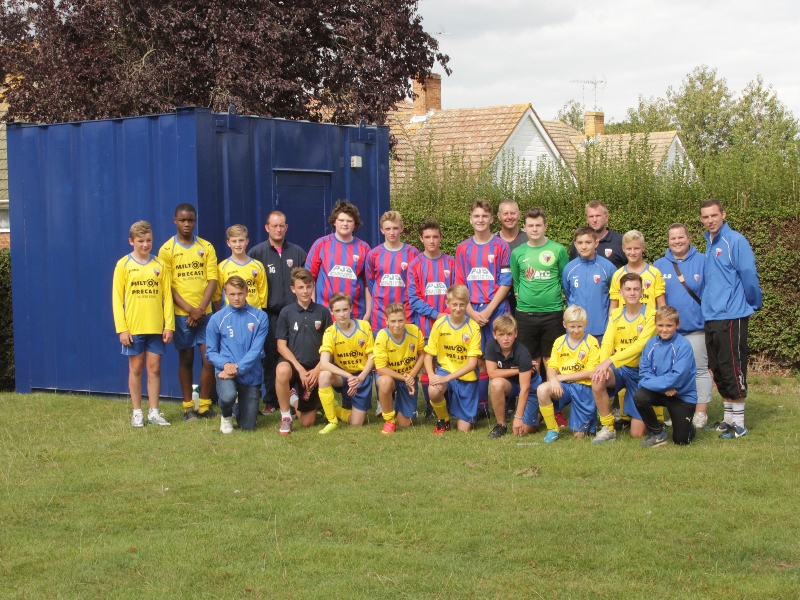 Crest Nicholson Eastern has donated a former site container from its Ingress Park development to Park Regis Junior Football Club in Sittingbourne. The container will be used as much-needed equipment storage, saving the club £ hundreds per month on storage costs.

Talking about the donation Sales & Marketing Director for Crest Nicholson Eastern, Annette Cole, said: “When we heard about the storage situation for the football club we immediately thought we could have the solution in the form of one of our site containers. We’re delighted to help out as the club plays a valuable role in local community life and is extremely popular with youngsters in the area. We’re looking forward to a winning season for all the club’s teams.”

The container was previously on-site at Crest Nicholson’s Ingress Park development where one-bedroom apartments are available from £205,000; two-bedroom apartments are available from £270,000 and three-bedroom apartments are from £307,500. All are available with the government-backed Help to Buy scheme. further details, please contact the sales and marketing suite on 0870 7524 370 or visit www.crestnicholson.com/ingresspark Back
Our Business
Careers
Press Room
Sustainability
Charitable Giving
Community Engagement
We use cookies
This website utilises cookies in order to provide analysis of our visitor data, to improve our website, show personalised content and to give you the best experience. For more information, click here.
Accept