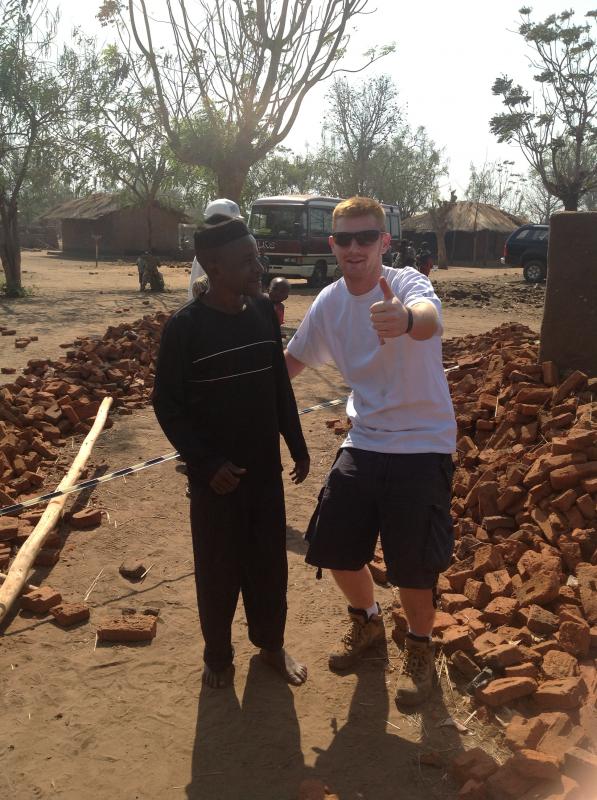 Jack Cross from Epsom, a CITB apprentice at Crest Nicholson South’s Noble Park development in Epsom has returned from 10 days spent building homes in Malawi as part of a charity initiative by the housebuilder.

In 2013, Crest Nicholson’s 50th year of business, the company set a target of raising enough money to enable Habitat for Humanity to fund the building of 50 homes. To date, almost £66,000 has been raised, enough to fund over 50 homes and fundraising is continuing.

Jack was a member of a team of 13 Crest Nicholson employees who were selected to represent the company on a Habitat for Humanity Global Village trip to Malawi. The visit saw them working alongside local families to build new homes for communities fighting against poverty and the HIV/AIDS crisis.

During their time in Malawi the team worked alongside the community from the town of Salima to help build two new homes entirely from scratch.

Jack commented: “The trip to Malawi was an amazing experience; it was really inspiring and opened my eyes to the struggles families in Malawi face in their everyday lives. It was humbling to work alongside the villagers and the community spirit was truly amazing – everyone from children to the village chief wanted to be involved in the work. It was extremely tiring under the blazing sun but it was so rewarding and it was great to be able to put my skills to use as part of such an important scheme.”

Stephen Stone, CEO of Crest Nicholson, commented: “2013 is a milestone year for Crest Nicholson and we wanted to do something special to mark our 50th anniversary. It seemed fitting to work with Habitat for Humanity to raise money to enable the charity to carry out the vital role it plays in building homes for communities across the world.

“The trip was an experience that was particularly valued by the four apprentices who were part of the team. 10 per cent of our workforce is comprised of apprentices and we place great importance on ensuring our apprenticeships equip people with lifelong skills and development, rather than just offering a straight-forward course in brick-laying or carpentry. The trip to Malawi will be a lifelong memory and source of pride for the whole team.”

Almost half of all the children in Malawi have lost one or both parents to HIV/AIDS. This parentless generation is being brought up by extended families who already struggle to feed their children. Habitat for Humanity is working hard to make sure that vulnerable children have somewhere safe to call home.

Habitat for Humanity believes that everyone has a right to clean water, an education or healthcare, and that they also have a right to a decent place to live. Across communities in over 80 countries, Habitat for Humanity has assisted more than 2.5 million people to renovate, repair or build over 500,000 homes since the charity was formed in 1976.