Business is Blooming at Centenary Quay

About us > Press room > Business is Blooming at Centenary Quay 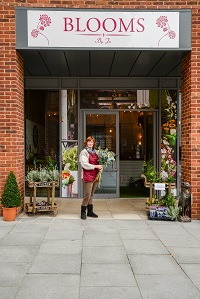 Florist ‘Blooms by Jo’ has become the fourth business to open at the Woolston site in twelve months.

Situated just next door to the sales and marketing suite, ‘Blooms by Jo’ is the creation of Jo Saw, a qualified balloons decorator-turned florist.

“Blooms gives residents at Centenary Quay yet another option”, she said. “As well as serving as a florist, Blooms is also a one-stop-shop for all resident’s party needs as we also provide candles, cards and wrapping paper.

“Centenary Quay was a logical choice. The development has great footfall and is fast becoming a destination for visiting in its own right.”

Jo set-up her first florist six years ago in the Midlands and has been in Southampton for the last two years. Previously based at Warsash, a month in to life at Centenary Quay it’s a case of so far so good.

“Feedback has been really positive. It’s sad to have seen a decreasing number of florists over the years, but Blooms has proved there is still very much an appetite for them!”

“We were keen to have Jo on-board from the moment she approached us and it’s great to be supporting local business. We encourage everyone to come along and visit Centenary Quay”