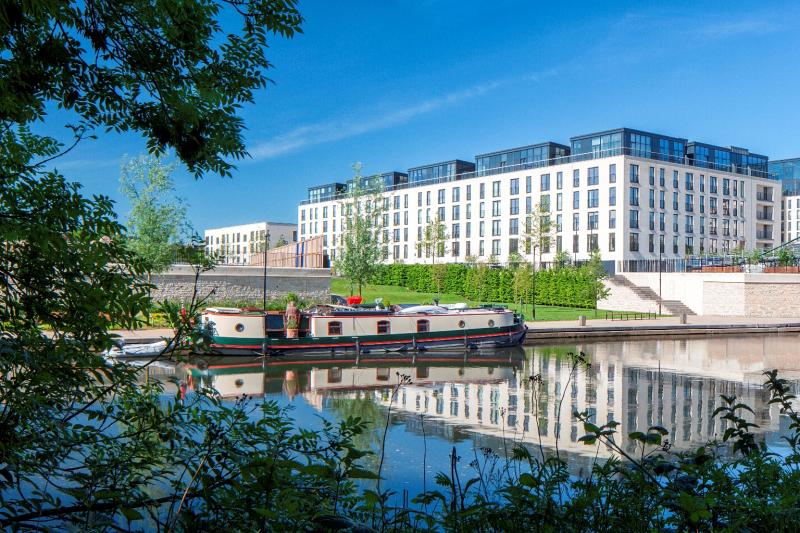 One of the country’s biggest regeneration property developments picked up two prestigious awards at the Housing Design Awards.

Bath Riverside, which is being built by Crest Nicholson Regeneration, scooped the honours in the ‘Completed’ and ‘Project’ categories beating off stiff competition from other renowned UK-based developers.

Sponsored by some of the biggest names in the housing sector* the awards are regarded as being ‘the industry’s Housing Design Awards’ due to the genuine cross industry partnerships between the various arms of Government, the private sector and all the professional institutions.

This cross industry partnership emphasises further the reputation of the awards and the significance of winning.

Debbie Aplin, managing director at Crest Nicholson Regeneration said: “This is fantastic news and we’re delighted to have been presented with not one but two prestigious awards.

“As a responsible developer, creating integrated and sustainable communities forms a core part of Crest Nicholson’s business strategy and to be recognised by those who are integral to the future of housing in the UK is a great honour.

“With work now well underway it is testimony to Crest Nicholson to have the vision to open up an area that, only a few years ago, was a real eyesore in the heart of Bath and to create a place that will not only become a real benefit to the city, but something the people of Bath should be proud of for years to come.”

Located on the south bank of the River Avon, Bath Riverside is an exciting new residential development that is transforming a former industrial site that had been derelict for over 25 years. Once complete it will have created over 2000 new homes.

On the site of the famous Stothert & Pitt, Engineers and Founders, the 44-acre development has been described as being the most important project the world heritage city has seen for more than 100 years, providing new homes and facilities that better reflect the needs of the city.

Built using the distinct Bath stone, the aesthetics of the development blend seamlessly with the more traditional buildings synonymous with the world-famous city and clearly attracted the eyes of the judges.

With its private courtyards, landscaped seating areas and contemporary design it’s easy to see why such a rich mix of purchasers have been attracted to the development.

With shared communal gardens, herb and sensory gardens and play areas, the sense of community at the development has already started to flourish.

The landscaped riverside, which has now been completed, leads down to a newly constructed riverside walk and has opened up the area allowing for easy, traffic-free, access to the city centre and for the public to experience and enjoy.

An integral part of the project is the interaction and involvement of the local community.

Overseen by the Bath Riverside Art Strategy an assortment of sustainable and environmental initiatives have already been put in place with artists, organisations and residents helping to create a legacy for not only the immediate area but also the city as a whole.