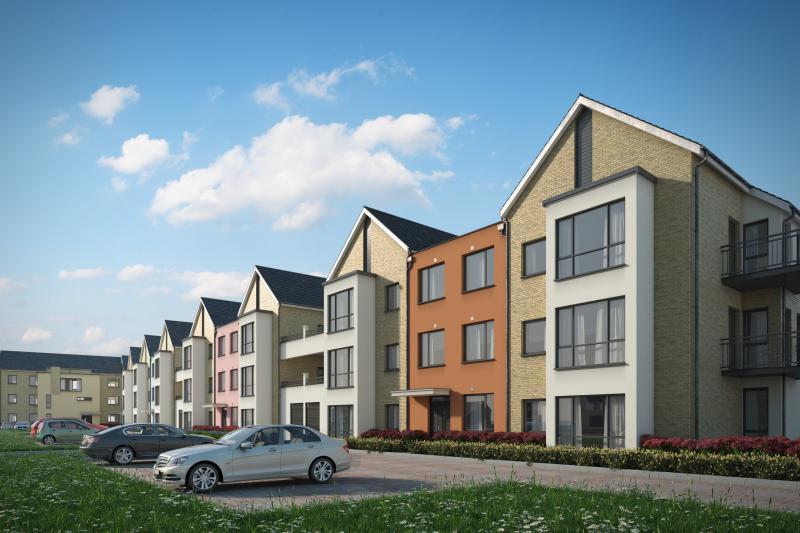 The latest phase of Crest Nicholson’s popular Rosewood development, a new six-apartment building called ‘Baronne House’, is to be made available for off-plan sales immediately due to overwhelming customer demand.

The hotly-anticipated release has been bought forward after the first building of apartments on the site, ‘Heritage House’, completely sold out six months before their completion date.

The contemporary Rosewood apartments have proven popular with first time buyers looking to make a purchase using the government’s Help To Buy scheme, which makes it possible to snap up a new home with just a five per cent deposit.

Off-plan purchasing has proved incredibly popular in recent months, with Estate agency Savills recently reporting that 80 per cent of its new-build sales are now made at that stage.

The apartments are the newest plots recently made available at award-winning developer Crest Nicholson Eastern’s contemporary Rosewood development, which features a mix of one and two bedroom apartments and two, three and four bedroom houses. All six benefit from either a balcony or terrace and all qualify for Help To Buy.

Annette Cole, Sales & Marketing Director, Crest Nicholson Eastern, commented: “The most recent phase of new apartments at Rosewood proved unbelievably popular, with all of the apartments being snapped up in no time. Such has been the demand that we’ve decided to bring forward the release of the ‘Baronne House’ apartments for purchasers looking to reserve as soon as they can.

“We don’t expect these six to be available for long – especially as they’re available with Help To Buy – so anybody looking to put down a deposit will need to move fast.”

The beautiful Rosewood development is found to the north of Colchester and is perfectly located close to open countryside and the picturesque villages of Dedham and Flatford, as well as being within easy reach of the A12 at junction 28, the town centre and the newly opened Northern approach road.

It is ideally situated for London commuters as Colchester North Station is just around the corner, with direct trains to Liverpool Street in just 48 minutes.

And the site also sits within the catchment area for a selection of excellent schools in and around Colchester, including Myland Primary School, Colchester Royal Grammar School and Colchester County High School.

Prices for current availability start from £152,500 for a two-bedroom apartment. For more information visit www.crestnicholson.com/rosewood or call 0845 521 1985.