About us > Press room > Olympic Praise For New Bridleway Path 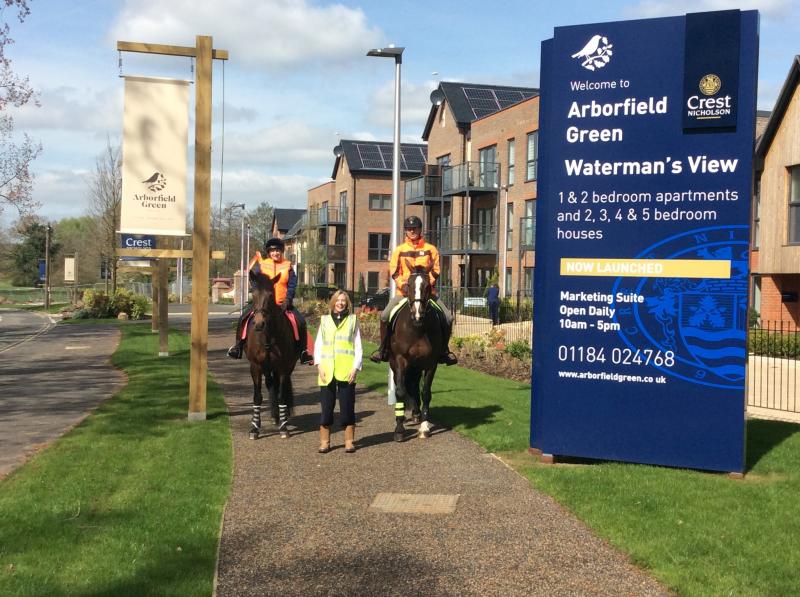 With the first section now open along Biggs Lane near the new homes at Waterman’s View, the British Horse Society sent Spencer and the BHS’s local Access and Bridleways Officer, Nicola Greenwood, to check it out.

The pair, who were admiring the bridleway path on horseback, judged the path to be a resounding success.

Among the most eagerly anticipated features of Arborfield Green, award-winning developer Crest Nicholson’s new garden village community, the path will form part of a network of bridleways through the whole site, totalling a stretch in excess of 2.5 km.

Commenting on the visit, Crest Nicholson's Senior Development Director, Anil Bunger, explained: “Crest Nicholson is delighted with the enthusiasm with which the first phase of the new bridleway at Arborfield Green has been welcomed by the British Horse Society.

“We are looking to commemorate Aborfield Garrison's long association with horses through a variety of initiatives, of which the new bridleways are part, and we look forward to working closely with the local equine community going forward.”