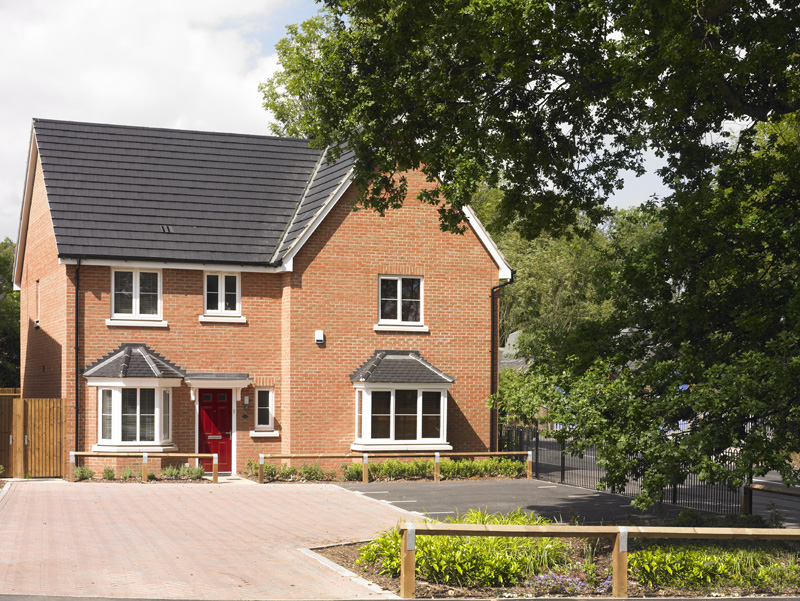 Regarded as one of the highest accolades in the construction business, Chris Goodchild, Site Manager at Crest Nicholson Eastern, has again won a ‘Pride in the Job 2014 Quality Award’ at the NHBC’s annual Awards. These awards recognise Chris’s exceptional work at the company’s Aldermere development, in Cheshunt.

Chris is a second-time winner at the annual awards and will now go on to compete in the next stage of the competition, the Seal of Excellence Awards.

Peter Diffley, Managing Director, Crest Nicholson Eastern, comments; “We are delighted that Chris has been recognised for his exceptional level of commitment and hard work in managing the build process at Aldermere. The development continues to prove extremely popular with purchasers and the quality of the build and finish is testament to Chris’s skills as a Site Manager in helping the company to produce the high quality homes for which Crest Nicholson is renowned.”

Chris commented: “I am absolutely delighted to have received this award and I’m looking forward to the next stage of the competition; it’s fantastic to have my efforts recognised by the NHBC.  I am extremely proud to work at Aldermere and would like to take this opportunity to thank my team for their continued dedication and support which is invaluable to making the development such a success.”

Aldermere has now sold out. Crest Nicholson’s Sovereign Gate development has recently launched for sale close by in West Cheshunt.

Located on the outskirts of Goff’s Oak – a particularly sought after part of Cheshunt, Sovereign Gate will comprise two and three-bedroom cottages and four-bedroom family houses. Drawing on the local Cheshunt vernacular, homes will feature gables, red brick and white weatherboarding, enabling the homes to integrate seamlessly into their surroundings.

To enhance the development’s aesthetics, landscaping will form a key component of development, while open public space, tree lined boulevards, a pond and a children’s play area will help to create a sense of identity. Bat roosts and bird boxes will be installed throughout the mature trees to support natural wildlife, while additional tree planting will be completed to sustain biodiversity on site.

‘Homezones’ will be installed giving right of way to pedestrians and cyclists, while footpaths and cycle paths ensure safety and connectivity throughout the development.

New homes will be available soon at Sovereign Gate. To register interest or to receive more information, visit: www.crestnicholson.com/sovereigngate or telephone: 01277 693 265.