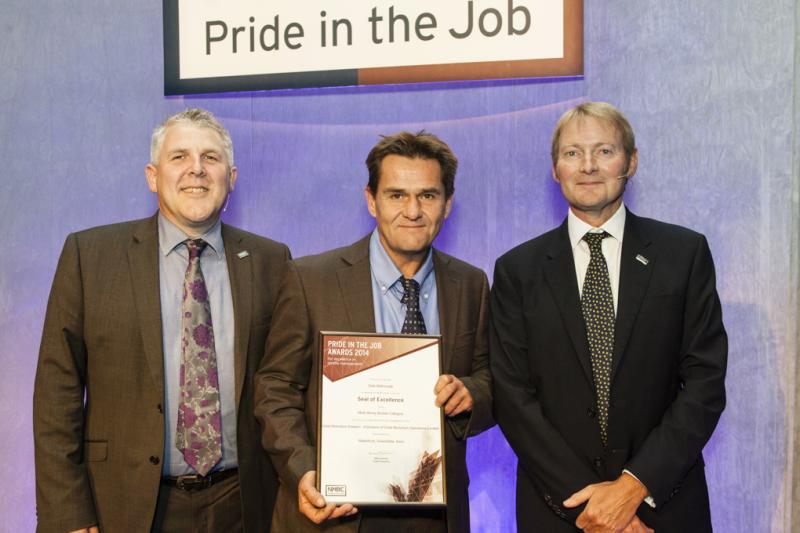 Regarded as one of the highest accolades in the construction business, Dale Watmough, Site Manager at Crest Nicholson Eastern, has been named overall Regional Winner in the Multi-Storey category for the South East region at the NHBC Pride in the Job Awards. Dales also won the ‘Seal of Excellence Award’. Dale will now go forward to the national finals which take place in London later in 2014. The awards recognise his exceptional work at the company’s Ingress Park development, in Greenhithe.

Peter Diffley, Managing Director, Crest Nicholson Eastern, comments; “We are delighted that Dale has been recognised for his exceptional level of commitment and hard work in managing the build process at Ingress Park. The awards are very well deserved. The development continues to prove extremely popular with purchasers. The quality of the build and finish is testament to Dale’s skills as a Site Manager in helping the company to produce the high quality homes for which Crest Nicholson is renowned. We wish Dale the very best of of luck at the national awards and will be supporting him all the way.”

Dale commented: “I am absolutely delighted to have received this award; it’s fantastic to have my efforts recognised by the NHBC and I’m looking forward to representing Crest Nicholson at the national awards. I am extremely proud to work at Ingress Park and would like to take this opportunity to thank my team for their continued dedication and support which is invaluable to making the development such a success.”

Residents at Ingress Park benefit from its stunning setting, complete with an historic abbey within its ground, views across the River Thames and acres of established parkland and woodland.

Excellent transport links are an advantage of living at Ingress Park and being located in commuter belt territory opens the site up to those who work and socialise in London, but who want to avoid the inevitable costs of renting in the capital. Just ten minutes’ from Ebbsfleet International station, commuters can reach Kings Cross St Pancras in seventeen minutes. Connecting the site to Ebbsfleet station is a shuttle bus service, enabling residents to save on car parking costs. Being close to the M25 and A2 ensures residents can access the South East with ease.