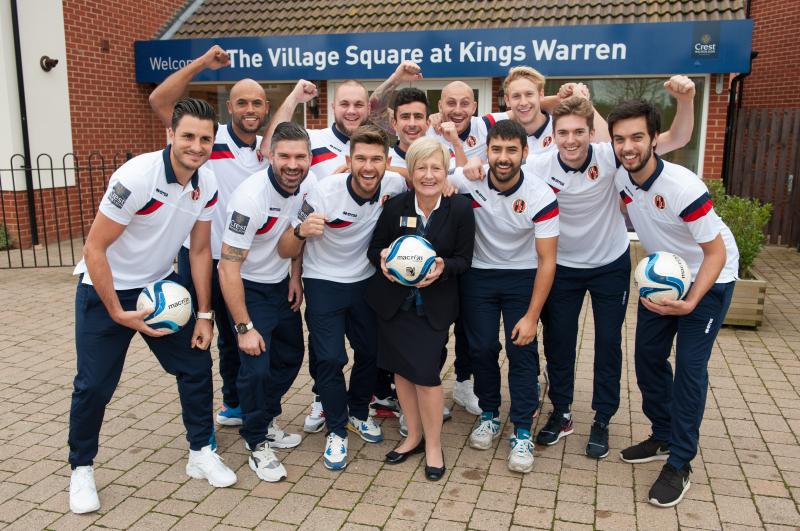 The company has donated £1,000 to purchase brand new tracksuits, polo shirts and kitbags for the team, who are based in the Suffolk village of Red Lodge, home to Crest Nicholson’s Kings Warren development.

The cash will also pay for a brand new full playing strip later this season for the Cambridgeshire FA Newmarket Motor Company Division 2B side.

Red Lodge FC captain Gareth Simpson said everybody at the club were thrilled about the new partnership with Crest Nicholson. The 34-year-old said: "Individually and as a club we are ecstatic about this new sponsorship deal with a large company like Crest Nicholson and extremely grateful for the donation they contributed.

“There are strong links between the club and Crest Nicholson, who were one of the very first developers of this new village, and we are delighted to bare the company’s logo on the new clothing. Red Lodge FC is destined for big things and we are lucky to have a company like Crest Nicholson supporting us!"

The sought-after village of Red Lodge, just outside Newmarket, is the location of Crest Nicholson’s Kings Warren development.

The Red Lodge team – who were promoted as champions last season and are the current Suffolk Primary Cup and John Ablett Cup holders – recently dropped by the development in their new kit ahead of their 3-1 win against Isleham United. Annette Cole, Sales & Marketing director, Crest Nicholson Eastern, wished them the best of luck for the season ahead. She added: “We’re absolutely delighted to have teamed up with Red Lodge FC and look forward to them building on their success with the help of Crest Nicholson!”
Back
Our Business
Careers
Press Room
Sustainability
Charitable Giving
Community Engagement
We use cookies
This website utilises cookies in order to provide analysis of our visitor data, to improve our website, show personalised content and to give you the best experience. For more information, click here.
Accept