Christmas arrives at Woolston with a Festive Fanfare 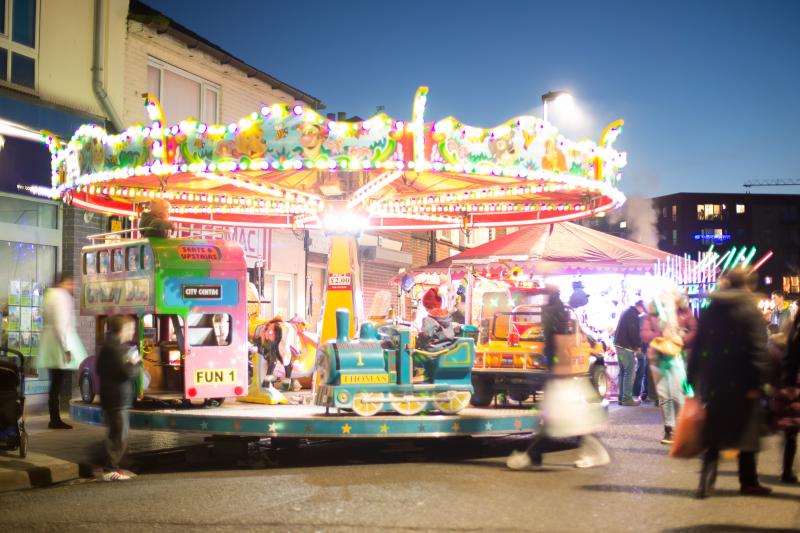 Crest Nicholson, Woolston Traders Association and the Centenary Quay YMCA nursery have come together to mark the arrival of the festive season in Woolston with a Christmas festival. The celebrations took place this weekend and included a lantern parade, an official Christmas lights switch on sponsored by Crest Nicholson, fairground rides and carols.

The Mayor of Southampton joined the Woolston festivities, which commenced with a lantern parade organised by the Centenary Quay YMCA nursery, which opened earlier this year.

Susan Young, Sales and Marketing Director at Crest Nicholson said: “Christmas is such a special time of year and the festival represents the coming together of the Woolston and Centenary Quay community. With the launch of phase three at our Centenary Quay development and the YMCA nursery opening, this has been a very exciting year for the area.”

Michaela Oscroft, nursery manager at YMCA nursery Woolston, commented: "It has been wonderful for the children and staff at YMCA nursery Woolston to be involved in the Christmas festival this year. The YMCA is a community charity so it has been really lovely to have the local community meeting in the nursery over the last few weeks to make the lanterns for this festive occasion. Since opening in September at Centenary Quay, we have been made to feel so welcome by the community and the Woolston Traders and we look forward this relationship growing over the coming year."

Prices at Centenary Quay start from £150,000 for a one bedroom apartment or £199,000 for a two bedroom apartment. For more information, please contact the Sales & Marketing Suite, off Victoria Road, Woolston, Southampton SO19 9EG on 0870 758 0432 or visit www.centenaryquay.com. Properties will also be available through the Help to Buy scheme.