Christine brings the community together at Westvale Park 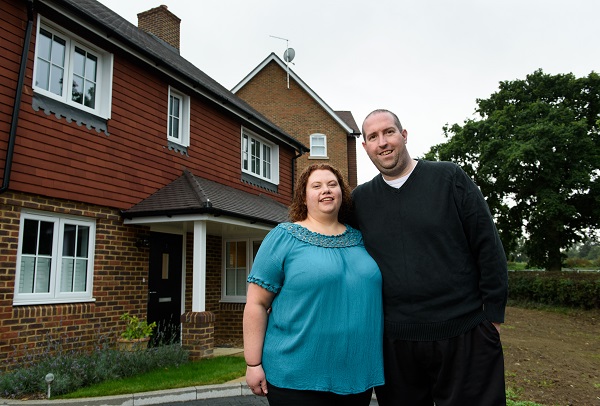 Having lived in Horley for six years, Christine and Kevin Smith watched Westvale Park develop from its very beginning. Knowing that they wanted to eventually own their own property in the area, Westvale Park turned out to be the perfect development for the couple.

Moving into a newly built property was one of the big attractions of Westvale Park for Kevin and Christine – not least because, in Christine’s own words, their DIY skills “aren’t quite up to standard!”

Knowing that Crest Nicholson were overseeing the building of the Smith’s new home reassured Christine, not least because she knew the care and attention that goes into making sure that each Crest Nicholson home is of such a high standard.

Despite living so close by, the Smiths were not initially sure if they would able to move into their dream home at Westvale Park. Not only had the Smiths been renting throughout a tough period for the housing market, but they had done so in a generally expensive area.

That’s why they made full use of the Government-backed Help to Buy scheme, which allows prospective buyers to put down a 5% deposit under a standard 75% mortgage rate, with the remainder supplied through a 20% equity loan, initially paid by the government.

Christine is clearly delighted to have moved into a new home which has gone above and beyond her expectations. As a couple who enjoy entertaining others, Christine explains that “it was vital to have a large property, and one which had a large-sized kitchen”, due to her love of cooking and baking. With a Sacramento cooker and large bay windows with plenty of natural light, their kitchen has never been out of use.

Kevin and Christine haven’t just been cooking inside either. Making the most of beautiful summer weather, the Smiths have already had 25 of their neighbours over for a barbecue, demonstrating yet again the truly superb neighbourhood which is flourishing at Westvale Park. Christine herself explains that in the eight weeks since they moved in, “a true sense of community has developed”.

Aside from being a lovely place to live, Westvale Park is also tremendously well-connected development. Both the M23 and M25 are just moments away, while Horley train station has regular routes into London, and Gatwick is just down the road for those looking to travel further afield. As the Head of IT for a national insurance company based locally, this is vital for Kevin, as he is often required to travel to Manchester and Glasgow at short notice.

The whole process of moving into their new home was made easier by the Crest Nicholson staff, who are described as having provided “amazing support”, and making sure that the process of moving into a new home was “an excellent experience throughout”. Christine explains that there were no major issues throughout the process, with Crest Nicholson staff being incredibly helpful at keeping the couple up to date and informed with the progress of their brand-new dream home.