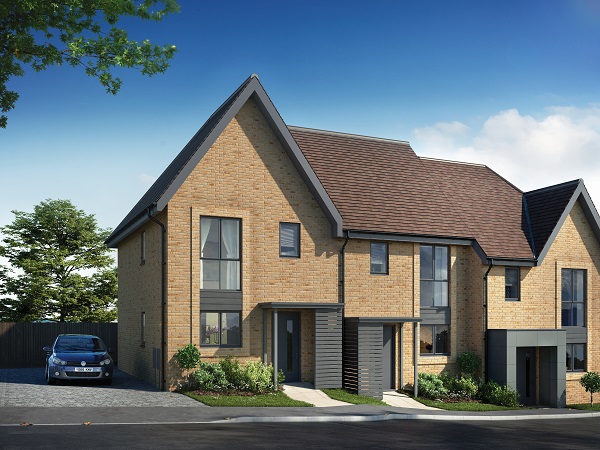 Award-winning developer Crest Nicholson has announced a new 118-unit residential development, Bournville Park, situated off Bristol Road South. The new development will be set within the former grounds of Northfield Manor House, which dates back to the mid-1770s, and will transform the site into a multimillion pound, high-quality residential development.

The development will feature 48 contemporary three, four and five bedroom houses and 70 apartments, ranging in size from one to three bedrooms. Each home has been finished to the highest specification, complete with modern interiors and flexible, open-plan layouts to suit modern lifestyles. Some properties will be available on Help to Buy, with first completions scheduled for late autumn.

The Manor House featured onsite possesses a rich history, dating back to 1820 when it was home to George and Elizabeth Cadbury, of Cadbury Chocolate fame, before being bought by the University of Birmingham in 1951. The Manor House will be rebuilt to its former glory, with the eclectic Georgian and Arts & Crafts facades and decorative details of the exterior of the building rebuilt in stone and brickwork, render and timber. The detail will match the form and proportions of the original manor sadly lost to fire in July 2014.

Surrounded by mature grassland and just six miles from the centre of Birmingham, the homes on offer have been designed to cater for a variety of modern lifestyles. The nearby Bullring and The Mailbox shopping centres provide a strong retail offering, and Bournville Village Green, which was recently awarded Green Flag status, hosts a variety of community events. With convenient access to major roads, residents will be in easy reach of the M5 and Bournville train station is only seven minutes by car, with trains to Birmingham New Street in just 11 minutes, and London Euston in under two hours.

David Hnyda, Sales and Marketing Director at Crest Nicolson’s Chiltern division, said: “We are pleased to be bringing some much-needed homes to the Birmingham area, all the while returning the Manor House and returning to its former glory.

“Throughout the design process we have been careful to pay particular attention to recreating the much-loved Northfield Manor House in its original style. With something for everyone, Bournville Park benefits from proximity to Birmingham city while also offering residents the tranquillity of luscious green surroundings.”