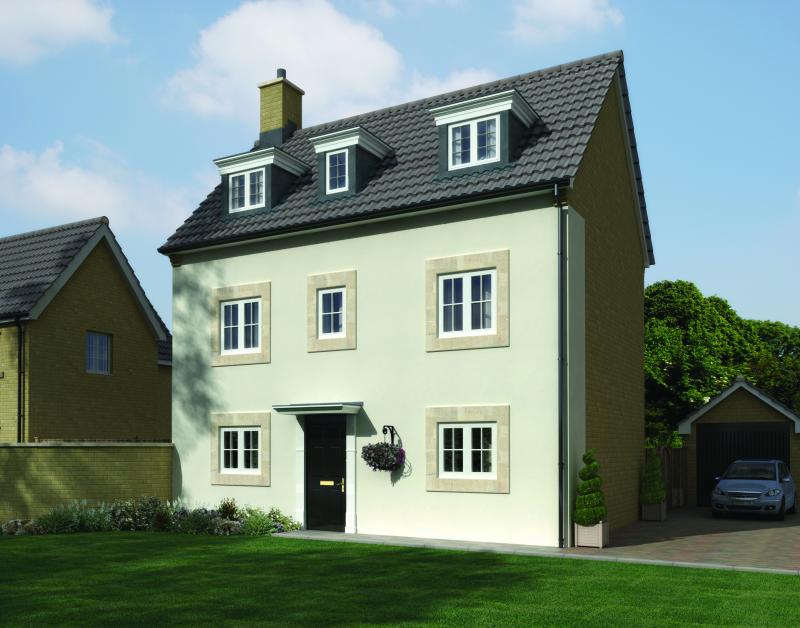 New market insight from house builder Crest Nicholson suggests that a large proportion of second-time buyers in Suffolk are unaware of how the government’s Help to Buy scheme could assist with their next step up the property ladder. Across the company’s developments in Suffolk there has been no uptake of the scheme amongst second-steppers, which indicates that many could be missing out on their dream home.

At the Laurels in Stowmarket for example, the four-bedroom house type The Gosfield, with its extensive living accommodation and private garden, is on the market for £215,600 with Help to Buy. With a full market value of £269,500, the scheme alleviates the difficulty of having to raise the extra 20 per cent, without jeopardising the ability to accrue equity.

Benefitting from adaptable living accommodation, The Gosfield offers an open-plan kitchen / dining room, as well as a downstairs toilet. The separate living room alongside the garden room, which both feature double doors onto the garden, can be used as a either more formal entertaining space or extra living space if required.

On the first floor are two good sized bedrooms which benefit from en suites in each as well as a good sized dressing off the master. Upstairs again feature two further bedrooms and a further bathroom.

Annette Cole, Sales and Marketing Director at Crest Nicholson Eastern, explains: “Whilst first-time buyers have taken full advantage of the government’s Help to Buy scheme, it seems that very few second-time buyers are aware of how it can assist them too. There have been numerous reports outlining how people are putting their plans to start a family on hold because their homes are too small, but Help to Buy can help them to upsize into a property that is designed for either a growing or an established family.

“Although the government funding amounts to £12billion, the pot isn’t limitless and there is a chance that it will run out before its three year expiration period, so we would urge house buyers thinking of using the scheme to discuss their options with a financial advisor sooner rather than later, ensuring a greater choice when it comes to choosing their property.